This newsreel was filmed on July 10th 1911, as King George V and Queen Mary arrived in Dublin.

This was the King’s sixth time to visit Ireland but his first as king (having been crowned a fortnight earlier). As the new head of the British Empire, he had chosen to make his first visit to Ireland, and many of Ireland’s loyal absentee landowners had been recalled from London to be present. Given that Home Rule was the burning issue, authorities at the time were concerned about possible trouble such as violent demonstrations and an unfriendly reception.

The scenes from this newsreel show some boarded up shop windows, and scenes at Trinity College show the King and Queen meeting a line-up of elderly veterans and soldiers. 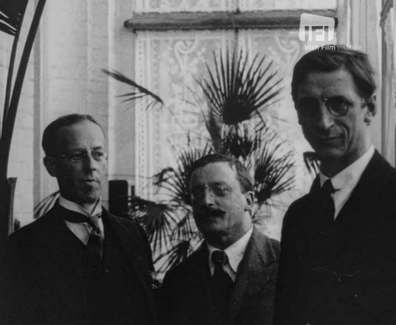 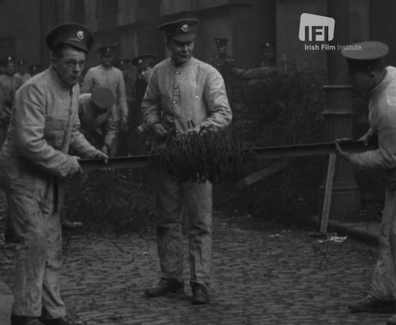 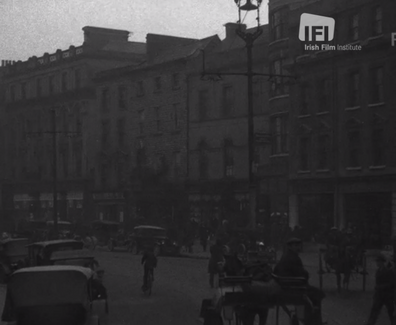