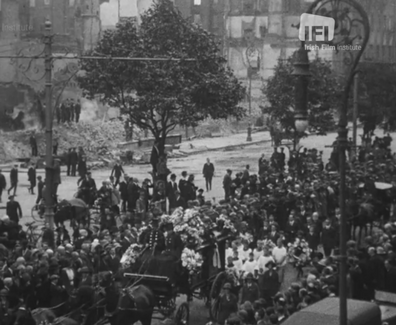 28th March 2018
IFI Archive Player Admin
0
July 1922 and the funeral of Cathal Brugha takes place at Glasnevin Cemetery. Large crowds of people gather to pay their respects to the Irish revolutionary and former Minister for Defense. Cathal Brugha was active in the Easter Rising, Irish War of Independence and the Irish Civil War and was the first Ceann Comhairle (chairman) […]
View 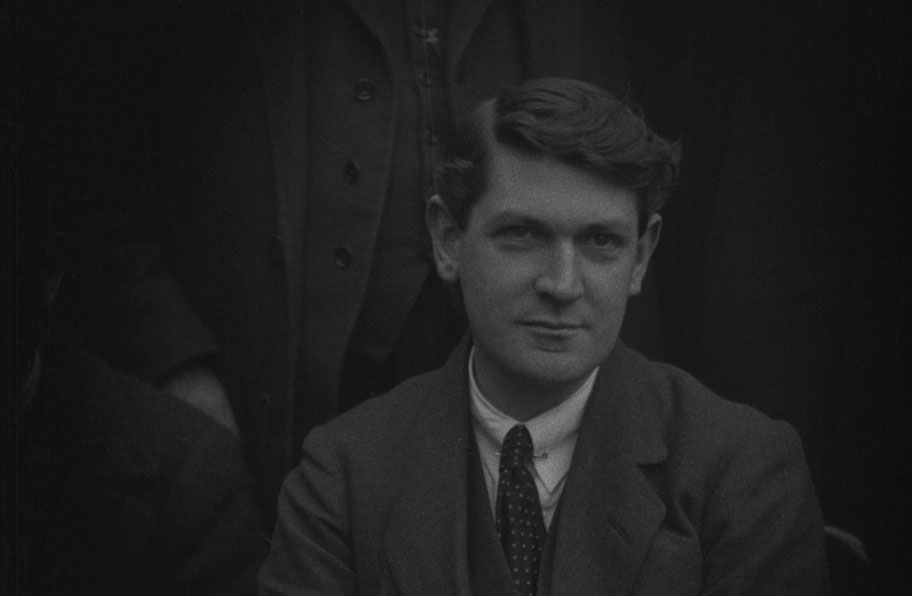 28th March 2018
IFI Archive Player Admin
0
This newsreel shows pictures of the elected representatives of Southern Ireland who approved the Anglo-Irish Treaty alongside members of the provisional government. Figures include Michael Collins and Arthur Griffith in the front row. The Anglo-Irish Treaty was signed in London on December 6th 1921 and Dáil Éireann voted to approve the treaty on January 7th […]
View 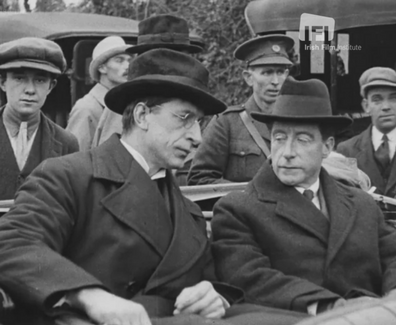 28th March 2018
IFI Archive Player Admin
0
In this newsreel from December 1921, Éamon de Valera and Cathal Brugha are shown sitting in a car following their rejection of the Peace Treaty. De Valera had famously not attended the negotiations himself in London but rather chose to stay in Ireland (as he would be better able to control the extremists at home). […]
View