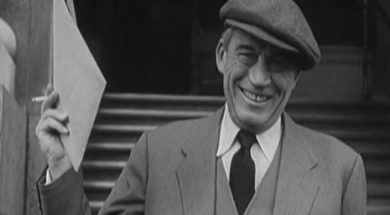 18th July 2016
IFI Archive Player Admin
0
Outside the Government Buildings on Merrion Street, news reporters waited for the famous film director John Huston after he officially became an Irish citizen. The director, famous for films such as The Maltese Falcon and Moby Dick, was born in Missouri in 1906. Huston’s grandfather, Robert Moore Huston, was an Irish man from Armagh who […]
View