The Battle of Adare took place on August 4th 1922. This unique newsreel from the Pathé Collection records the moment a band of rebels are captured and hold their hands up to surrender.

The anti-treaty Republican Army forces occupying the town came under artillery fire with an 18 Pound Howwitzers from pro-Treaty Free State Troops. Their Headquarters, the Dunraven Arms Hotel, was also damaged with a number of shells. 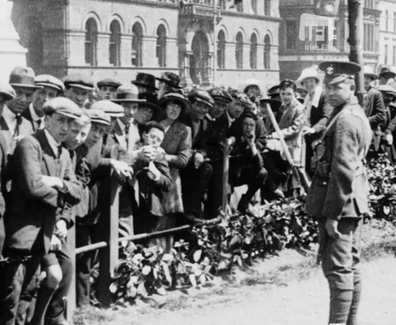 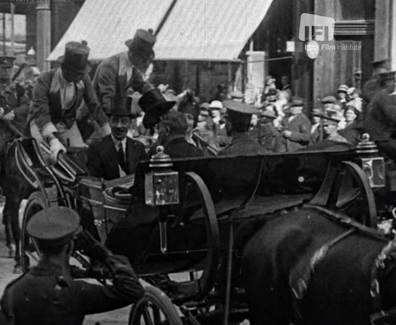 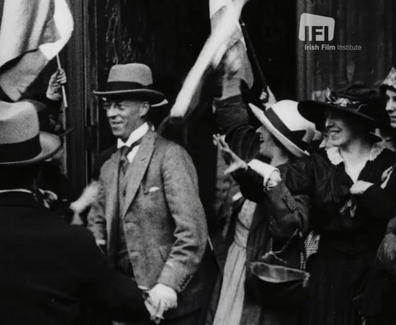