This newsreel depicts the immediate aftermath of the Anglo-Irish Peace Treaty on December 6th 1921. It shows the release of 1,700 internees from Ballykinlar internment camp.

In the aftermath of Bloody Sunday, November 21st 1920, the British authorities arrested hundreds of republicans and opened several internment camps throughout Ireland. The first internment camp was this one at Ballykinlar, Co. Down. The volume of arrests was so great that additional camps had to be established at: Gormanstown (Co. Dublin), Bere Island and Spike Island (Co. Cork) and at the Curragh (Co. Kildare).

Opened in December 1920, Ballykinlar Camp was situated on the Co. Down coast at the mouth of Dundrum Bay, about three miles from Dundrum village between Downpatrick and Newcastle. Over the following year 2,000 men were interned at Ballykinlar. After the signing of the Anglo-Irish Treaty, on December 9th 1921, all Republican prisoners were released from Ballykinlar. Three special trains brought the men to Dublin, from where the internees made their own way to their home counties. The trains were attacked by loyalist mobs with gunfire, bricks and stones at several locations. The Leinster Leader however on, December 17th 1921, reported on the release of the Ballykinlar and Curragh Camp internees, remarking that the reception in Athy was ‘a very warmhearted one’. 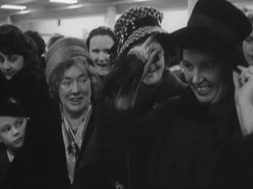 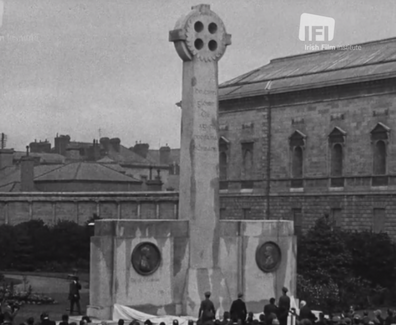 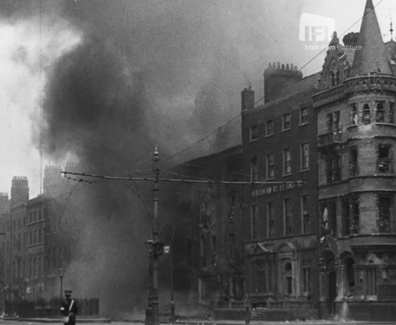