In December 1963 Dublin was humming with excitement as crowds gathered in their droves to see the Christmas lights adorn the streets.

Henry Street was overflowing with busy shoppers, enticed by the winter wonderland window displays and bargains at the market stalls on Moore Street. Children eagerly waited to meet Santa in his grotto, while others tested out the selection of toys on show. There was magic in the city and spirits were high as the shops were thronged with shoppers looking for that perfect gift for their special someone.

Produced by Gael Linn, Amharc Éireann (A View of Ireland) is Ireland’s longest-running indigenous newsreel series. It was distributed to cinemas throughout the country to promote the Irish language. The first 36 issues were produced as single-topic films which were released monthly, followed in 1959 by weekly, multi-story newsreels featuring a broad range of topics, from hard news stories to lighter magazine-style items. Between 1956 and 1964, 267 editions of the newsreel were produced for cinema exhibition. 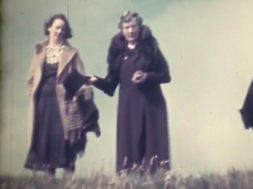 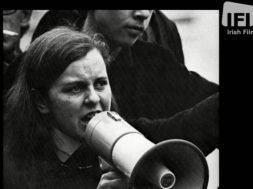 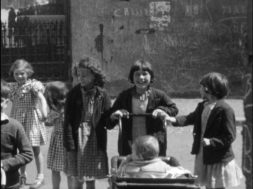