Gael Linn was established in 1953 to promote Irish language and culture. Co-founder and first manager, Riobard Mac Góráin, immediately realised the importance of promoting the language through entertainment and popular media. Gael Linn’s initial foray into production was the first regular indigenous cinema newsreel since the Irish Events series of the 1920s.

In 1955 Ernest Blythe, Chairman of Comdhail Naisiunta na Gaelige, lent Gael Linn £100 to produce a short film for cinema and the Amharc Éireann (A View of Ireland) newsreel was born. From 1956 to mid-1957 Amharc Éireann consisted of short single story items that were distributed to cinemas throughout the country on a monthly basis. Their popularity was immediate and by mid-1957 the Rank Film Distributors agreed to supply them to Irish cinemas along with their own newsreel, at which point they became issued on a fortnightly basis. By 1959 the success of this home-grown newsreel resulted in it being produced weekly and it expanded to include 4 separate news stories. The series continued until 1964 when the immediacy of television as a means of relaying news to the Irish population rendered the newsreel obsolete.

Produced by Colm O’Laoghaire, a total of 267 editions of Amharc Éireann were made. Although Gael Linn’s Amharc Éireann production ceased in late 1964 its influence is ongoing. The range of Irish interest subjects covered (from hard news stories to more magazine-like items) provide a vivid window into the development of modern Ireland at a particularly progressive point in its development and provide a first-hand insight into the moral, cultural and economic development of the country throughout the Whittaker and Lemass eras. 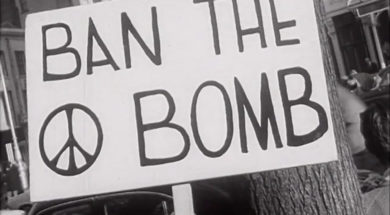 17th May 2022
IFI Archive Player
0
Our second IFI Filmmaker Playlist is curated by filmmaker and visual artist Trish McAdam. Since the production of her early shorts in the 1980s, Trish has created a vibrant and varied body of work, embracing a range of forms and subjects and retaining a singular, independent voice. We’re delighted to welcome Trish to the Irish […]
View 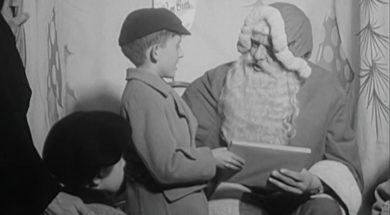 5th December 2016
IFI Archive Player Admin
0
December 1959 and Christmas is coming. The streets of Dublin glistened with the joy of the festive season. Everything you could wish for could be found here. In every shop window there was something to delight and entice, from the latest fashion trends to novelty Christmas candles; Dublin city centre had everything you needed for […]
View 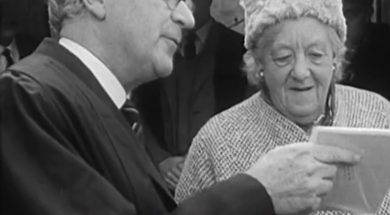 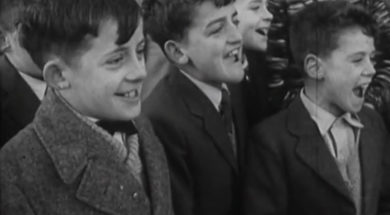 5th December 2016
IFI Archive Player Admin
0
The legendary Panto Puss in Boots comes to Our Lady’s Hall, Mourne Road, Drimnagh. This amateur production has the whole community busily involved. Locals from Crumlin and Drimnagh offer their spare time and skills to help production, from acting and costume design to set design, electrics and carpentry. This is a play made by the […]
View 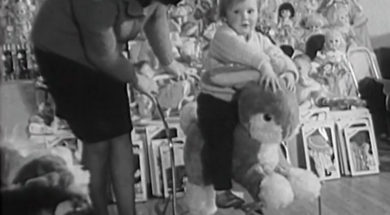 5th December 2016
IFI Archive Player Admin
0
This April 1963 edition of the newsreel shows a fun-filled toy fair in Dublin where visitors are allowed a sneak preview of Christmas stock. From tricycles to fashion dolls and remote control cars, there was something for every child at this show. Many of the toys were from the British Tri-ang range. In the 1960s, […]
View 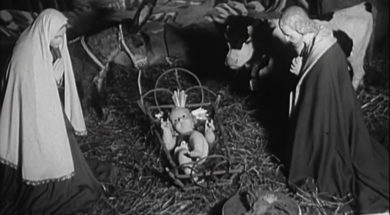 5th December 2016
IFI Archive Player Admin
0
A popular Dublin Christmas tradition was a visit to The Moving Crib in Parnell Square. A nativity scene was created using over 100 mechanical handcrafted figures set against a delicately hand-painted backdrop. The Moving Crib (based at St Martin Apostolate, 30 Parnell Square) opened in 1956. Visitors can enjoy a colourful array of bible scenes […]
View 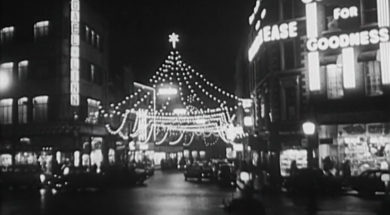 5th December 2016
IFI Archive Player Admin
0
December 1962 and traffic in Dublin is at a standstill as crowds gather on O’Connell Bridge awaiting Santa’s arrival. Rudolph et al must have been resting for the big night as Santa chose a rather unorthodox method of transport – water skiing his way up the River Liffey to mark the beginning of the festivities. […]
View 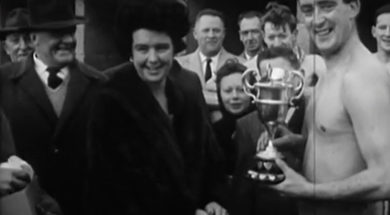 5th December 2016
IFI Archive Player Admin
0
This newsreel records the annual Dublin Swimming Club Christmas swim, which took place at the Clontarf Baths on a freezing December morning in 1961. The crowd of wrapped-up onlookers cheered on the athletes as they braved the cold waters. The winner Neil Kennedy who was awarded the trophy by Máire Potter. The Clontarf Swimming Club […]
View

5th December 2016
IFI Archive Player Admin
0
What better way to spend Christmas Day in 1961 than water skiing in the freezing cold Irish Sea? Mr and Mrs Carr brave the cold waters at Balscadden Bay as onlookers, in awe of this chilly Christmas tradition, cheer them on. Howth and Martello Tower are just visible in the distance. This traditional Christmas swim […]
View 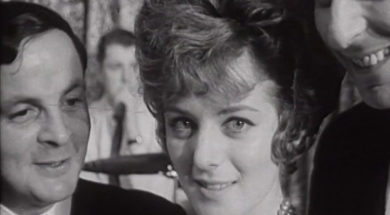 24th August 2016
IFI Archive Player Admin
0
In the Abbey Dance Hall in Drogheda, a group of ladies from 6 counties competed in the finals of a beauty contest to be crowned Miss Mannequin 1961. Local beauty contests were very popular in Ireland in the 1950s and ‘60s. Contestants traveled from all over Ireland (including Meath, Kilkenny, Kildare and Dublin) to take […]
View 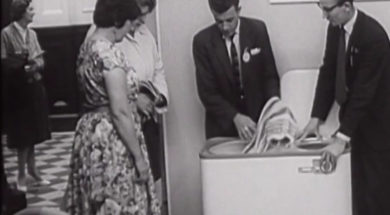 24th August 2016
IFI Archive Player Admin
0
Step into The Ideal Homes Exhibition in Dublin’s Mansion House and discover the most desirable homewares for 1962. The latest inventions and design innovations are on show including a host of time-saving gadgets which make life easier for the busy home-maker. Enjoy a wide range of products such as the washer/dryer combo that works at […]
View
Close
This website uses cookies to improve your user experience. By continuing to browse this site you accept our use of cookies. Learn More