In this newsreel, scenes of the Irish Embassy at 17 Grosvenor Place, London, are depicted with the Irish tricolour flag prominently placed above the main entrance.

Crowds are seen kneeling and praying on the street outside and cheer with flags as delegates leave the Embassy and make their way to Downing Street to discuss the Anglo-Irish Treaty.

It’s interesting to note the strong presence of the tricolour in this newsreel as the National flag. It was first presented as a gift to Ireland in 1848 by the French, representing the reconciliation between Protestant and Catholics. Following the events of the 1916 Rising it was locally accepted as the national flag but wasn’t until 1937 that this was made official under the Constitution of Ireland. 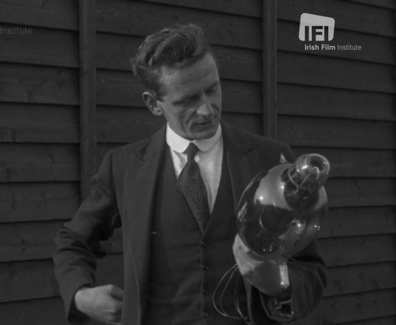 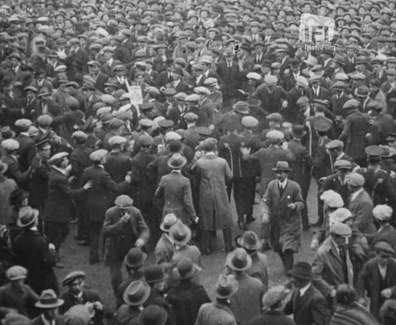 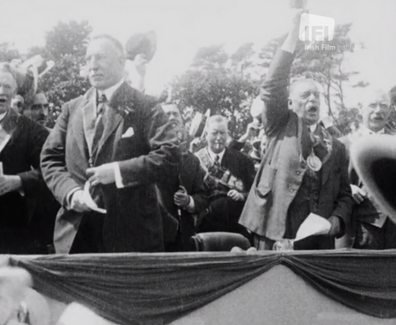