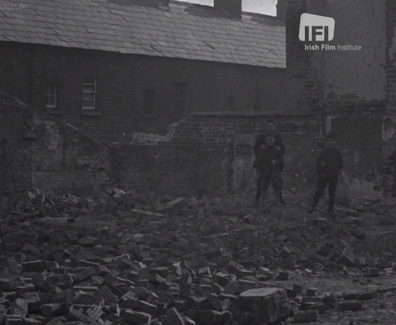 28th March 2018
IFI Archive Player Admin
0
During the War of Independence between 1920 -1922, Belfast experienced some of the worst rioting of the early 20th century, from the summer of 1920 right through to Autumn of 1922. This brief newsreel shows some of the devastation caused by rioting and destruction, as children are seen playing in the ruins and debris of […]
View 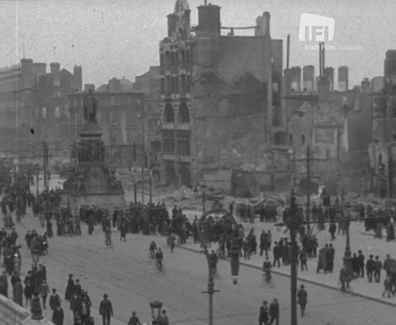 28th March 2018
IFI Archive Player Admin
0
This brief newsreel clip of Dublin 1916 hints at the devastation caused by the 1916 Rising. The camera slowly pans from Eden Quay, looking down O’Connell Street to Bachelors walk. The bombing of buildings is still evident as smoke can be seen billowing out broken windows and rubble, as people walk among the smouldering debris.
View