A young man (Joe Lynch) contracts tuberculosis to the dismay of his wife (Joan O’Hara) and to the shame of her aunt (Marie Keane). He recovers following a long spell convalescing in a tuberculosis sanatorium.

A public information film infused with tension and humour and directed by actor/playwright Gerard Healy, this dramatized film looks at the treatment of TB in Ireland and was designed to encourage people to have regular health check-ups and to reduce the social stigma associated with the disease. The film opens with a young man believing he has a cold but when it lingers, is prevailed upon by his wife to see a doctor. The doctor diagnoses early stage TB, a disease which was widely associated with poverty and lack of hygiene, and which greatly upsets Aunt Mary. The young man’s case is followed through all stages of treatment until he leaves the sanatorium, restored to his normal good health. The film ends with statistics on governments efforts to reduce TB including building new sanatoria in Dublin and Galway.

TB was a scourge that ravaged Ireland for much of the last century killing over 10,000 people a year with more than half of them children. This highly infectious disease thrived in crowded tenements in Dublin’s inner-city and in the poorly ventilated and thatched cottages in the countryside. By the early 1950s, public awareness, new treatments and improvements in medical care saw the death rate from TB drop from 4,306 in 1943 to 1,600 in 1952. By the end of the 1950s the epidemic had been eradicated.

This film was one of a series of informational films produced by the National Film Institute (now IFI) in both Irish and English versions. The cast of talented, bi-lingual actors would shoot their dialogue scenes in Irish and then in English (or vice versa) and two versions were then edited, titled as appropriate and released in theatrical and non-theatrical  venues such as cinemas, schools and clubs. 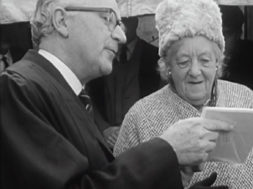 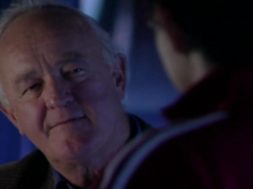 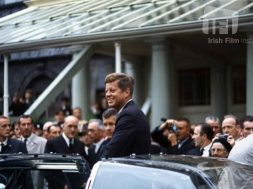