The O’Kalem Collection includes films directed by Sidney Olcott for: The Kalem Company (The Lad From Old Ireland, Rory O’More, The Colleen Bawn, His Mother and You Remember Ellen), for the Gene Gauntier Feature Players (For Ireland’s Sake, Come Back to Erin) ,and the Lubin Company (Bold Emmet Ireland’s Martyr).

When New York’s Kalem Film Company came to Ireland in 1910 to make the short film The Lad from Old Ireland they made cinema history – the film was the first made by an American production company outside the US and also the first film ever made on two continents (and the Atlantic Ocean in between). Actor/director Sidney Olcott and actor/writer Gene Gauntier returned to Ireland several times between 1910 and 1915 to produce almost thirty Irish-themed films and earned themselves the nickname the O’Kalems in the process. The majority of their films were made in and around Killarney, Co. Kerry, making extensive use of the dramatic landscape and employing locals as extras.

The O’Kalem films can be considered important not only for their claim to be the first fiction films made in Ireland and on two continents, but also because they tell us much about the Irish emigrant experience in America at the start of the 20th century. They are also fine examples of silent era filmmaking by a large American studio. For several decades the IFI Irish Film Archive worked to identify extant copies of the O’Kalem films held in international film archives, to centralize them and retrieve copies of them for the benefit of Irish audiences. 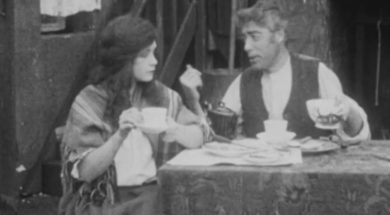 12th May 2022
IFI Archive Player
0
Our second IFI Filmmaker Playlist is curated by filmmaker and visual artist Trish McAdam. Since the production of her early shorts in the 1980s, Trish has created a vibrant and varied body of work, embracing a range of forms and subjects and retaining a singular, independent voice. We’re delighted to welcome Trish to the Irish […]
View 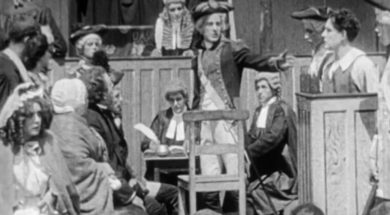 25th August 2016
IFI Archive Player Admin
0
Inspired by the character of Sir Rory O’Moore, leader of the 1641 Rebellion, this short drama re-imagines the dramatic story of Rory O’More’s (sic). The film depicts his capture and escape from British soldiers, and locates it in the Lakes of Killarney in 1798. Rory flees from English soldiers after he is betrayed by an […]
View 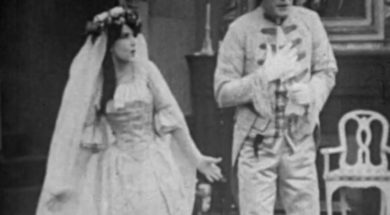 24th August 2016
IFI Archive Player Admin
0
The Colleen Bawn is an ambitious story which evolves from a simple rural tale to a complex narrative of social status, love, murder and deception. The film is inspired by the true events of the 1819 murder of 15 year-old Ellen Scanlan in Co. Clare, and based on the 1860 play of the same name […]
View 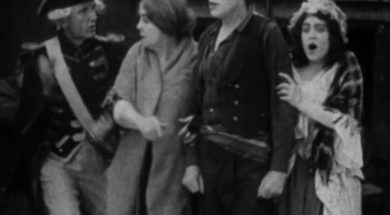 24th August 2016
IFI Archive Player Admin
0
Irish revolutionary, Robert Emmett, leads a rebellion against British soldiers but his compatriot Con Daly is the true hero of the film. Despite the misspelling of Robert Emmet’s name throughout and some historical inaccuracy (Emmet fought in the rising of 1803 not 1798), the film is typical in its pursuit of authenticity in character and […]
View 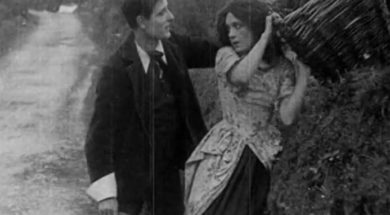 24th August 2016
IFI Archive Player Admin
0
Adapted by Kalem scenarist Gene Gauntier from the Thomas Moore poem of the same title, You Remember Ellen is a romantic drama of love across the economic divide. A humble, hard-working farmer’s daughter (Gauntier) lives a simple life until she happens upon a handsome young man on a country road. They fall in love, marry […]
View 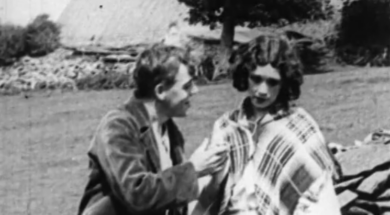 24th August 2016
IFI Archive Player Admin
0
Terry (Sidney Olcott) , a poor Irish farmer, dreams of a better life and is tired of working the land. He decides to head west to build a better, more prosperous future in the USA. He bids farewell to his darling Aileen (Gene Gauntier) but promises he will return to her some day when he […]
View

24th August 2016
IFI Archive Player Admin
0
Only one reel of this three-reel film has survived the ravages of time and so the tale is incomplete – but worth watching nonetheless. In this transatlantic tale, feisty young Peggy O’Malley (Gene Gauntier) refuses her father’s orders to marry Jerry, the village blacksmith and runs away to New York City via steam-liner. Upon landing […]
View 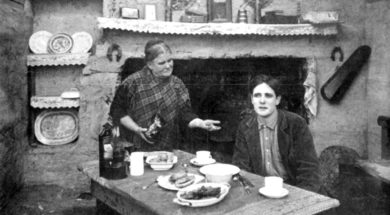 24th August 2016
IFI Archive Player Admin
0
A wealthy American tourist couple happen upon a talented violinist, Terence, and his mother in a small cottage in rural Ireland. Terence grasps the opportunity and, thanks to his mother’s meagre savings, leaves his peasant roots in Ireland for the bright lights of the New York stage. He thrives in New York society but, back […]
View 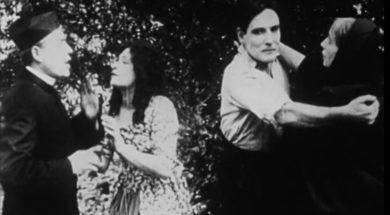 24th August 2016
IFI Archive Player Admin
0
For Ireland’s Sake tells the story of Marty O’Sullivan (Jack Clark), a young blacksmith who forges pikes which are used as weapons against English soldiers. Spotted by British Soldiers, Marty flees and manages to evade capture thanks to the quick thinking of his sweetheart Eileen (Gene Gauntier). She cunningly hides Marty in her voluminous cloak […]
View
Close
This website uses cookies to improve your user experience. By continuing to browse this site you accept our use of cookies. Learn More