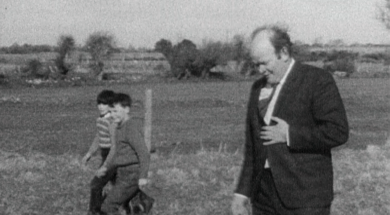 9th August 2022
IFI Archive Player
This film presents the national school teacher in rural Ireland as a person who commanded respect and whose influence extended beyond the classroom. Liam O’Connell (former teacher) and his son Morgan (also a national school teacher), speak of their time teaching in a small mixed school in Cloghan Hill on the Mayo-Galway border.  They discuss […]
View 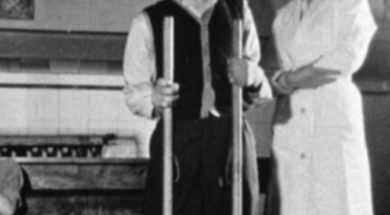 1st November 2016
IFI Archive Player Admin
0
This Radharc film originally aired in October 1962 and documents the life of the famous Irish painter and writer, Christy Brown. In the film, Father Peter Lemass visits Christy at home in Crumlin, talks with him and shows us his work. Christy Brown was born on 5th of June 1932 in Crumlin, Dublin, the tenth […]
View 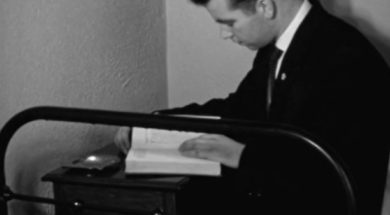 1st November 2016
IFI Archive Player Admin
0
This short documentary presents St. Anthony’s Retreat House in Raheny, a Capuchin-run house which held annual retreats for the public to escape the hum-drum of everyday life and “get closer to God”. During weekend retreats a wide variety of talks on matters of interest were offered including: prayer and reflection, readings from spiritual books, and […]
View 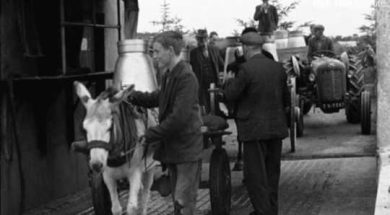 1st November 2016
IFI Archive Player Admin
0
This programme presents an unusual initiative introduced by the parishioners of Asdee and Ballylongford, in the Diocese of Kerry, to raise funds for the renovation of their churches which had fallen into disrepair. The inventive scheme called for farmers of each diocese to impose upon themselves an annual levy of £1 per cow, for a […]
View 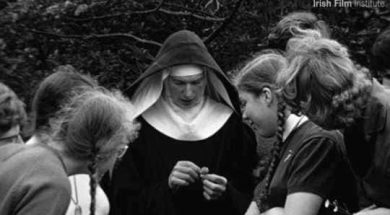 28th October 2016
IFI Archive Player Admin
0
Shot in 1962, this Radharc film was made during a visit to the rebuilt and extended Kylemore Abbey in Connemara.  The film celebrates the fine architecture and includes an interview with the Lady Abbess. Kylemore Abbey was built in 1867 as a family home for the family of Mitchell Henry, a wealthy doctor from London. […]
View 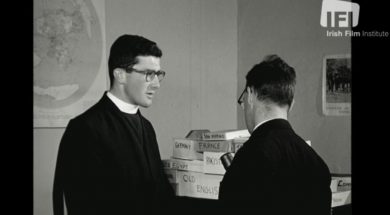 24th August 2016
IFI Archive Player Admin
0
At the time of the film’s production, Irish adults and children collected stamps and sent them off St. Stanislaus College in Tullamore ‘for the missions’. This story looks at what happened to the stamps and shows how the clerics from the college meticulously sorted and organised the thousands of stamps so that they could be […]
View 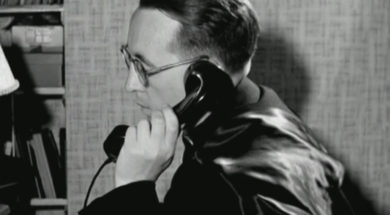 24th August 2016
IFI Archive Player Admin
0
This short film describes the rites and rituals involved in administering the Sacrament of Extreme Unction – also known as the ‘Last Rites’ to people. It shows what preparations should be made at home for the reception of this sacrament. Radharc was an independent production company established by Father Joe Dunn, Father Desmond Forristal and […]
View 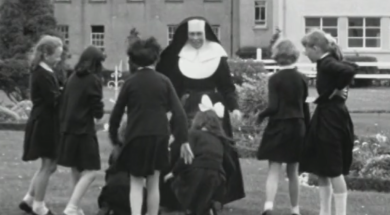 24th August 2016
IFI Archive Player Admin
1
The film explores the unusually high number of vocations emanating from the parish of Doon, Co. Limerick. In 1962, when the documentary was made, there were 117 living nuns who were born in Doon. Through a series of interviews with the parish priest, nuns and the children from the local convent school, the Radharc team […]
View 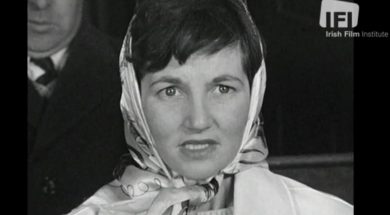 24th August 2016
IFI Archive Player Admin
2
This quietly humorous instructional film from the Radharc series shows church-goers how to behave courteously and correctly in church. It cautions against: unpunctuality; noisy entrances; inappropriate attire; loud whispering of prayer; skulking at the back of the church; smoking outside. The film is testament to the capacity of the Radharc team (comprised at that time […]
View 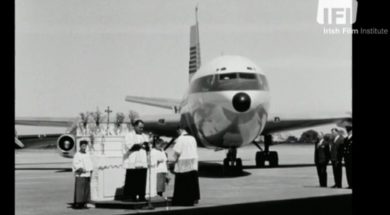 24th August 2016
IFI Archive Player Admin
0
Originally broadcast in 1962, this story from the Radharc series explains how Aer Lingus planes are named after Irish missionaries. It also shows the mechanics of the aircraft and marvels at how they transports passengers to their destination. The blessing of the planes, a tradition since 1947, is also featured here. Radharc was an independent […]
View 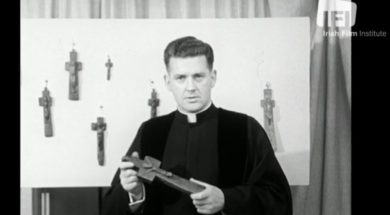 24th August 2016
IFI Archive Player Admin
0
This short film examines the history, design and function of Penal Crosses in Ireland. The crosses date from the time of the Penal Laws in Ireland when Roman Catholics were forbidden to practise their religion, own property or gain positions of power. Penal Crosses were a portable, easily concealed, relic of worship for Catholics whose […]
View 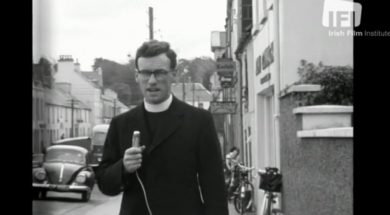 24th August 2016
IFI Archive Player Admin
0
The Tidy Towns competition established in Ireland in 1958 has proven to be a great initiative, bringing communities together and encouraging residents to look after their town and keep their locality tidy. Glenties in County Donegal is no stranger to the competition and has taken the crown for tidiest town in Ireland for three years […]
View
Close
This website uses cookies to improve your user experience. By continuing to browse this site you accept our use of cookies. Learn More