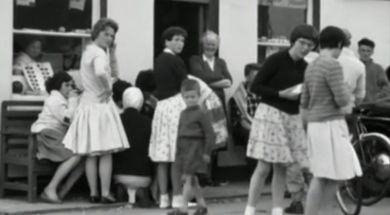 24th August 2016
IFI Archive Player Admin
0
Father Joe Dunn introduces Ranafast, the Gaeltacht area in the Rosses region of Donegal, telling us: “We hear a lot about the vanishing Irish, the flight from the land, and the depopulation of the Gaeltacht. But the little village has not suffered any depopulation, particularly during the summer months when the famous Irish college is […]
View 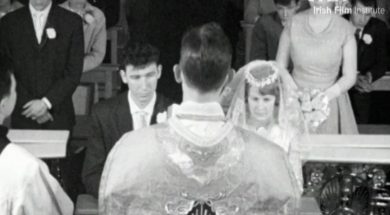 24th August 2016
IFI Archive Player Admin
0
In this Radharc documentary, Father Joe Dunn looks at the changes being made to the sacramental rituals of the Roman Catholic Church in 1962. In the 1960s far-reaching alterations in liturgy, theology and ecumenism were promoted by the Second Vatican Council (1962-1965) and the laity was given a more central role in church governance. One […]
View 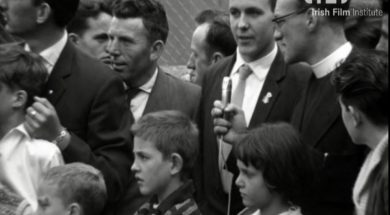 24th August 2016
IFI Archive Player Admin
0
In this documentary from 1962, Father Peter Lemass takes to the streets of Dublin to interview ordinary people about life in a large inner-city parish. Fr Lemass discovered that, when membership of the local Men’s Sodality religious group declined, a group of seven men took to the streets to re-engage lapsed members and enlist new […]
View
Close
This website uses cookies to improve your user experience. By continuing to browse this site you accept our use of cookies. Learn More