In this speech he said that if the Treaty was accepted, it might be necessary to ‘wade through Irish blood’ to achieve Irish freedom. Many of de Valera’s enemies stated this would encourage Civil War. The Irish Civil War started on June 28th that year and ended May 1923 when the pro-treaty Free State forces beat the anti-Treaty IRA.

The Treaty, which would replace the Republic as a dominion of the British Commonwealth, was signed on December 6th. De Valera was not happy with the signing as he had stipulated that regardless of the outcome the delegates should not be pressured into any agreements and should return to consult with the cabinet and him, their President.

After the Treaty was narrowly ratified, de Valera and a large majority of Sinn Féin T.D.s left Dáil Éireann and Arthur Griffith was elected President. 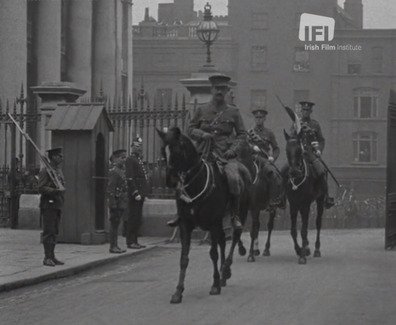 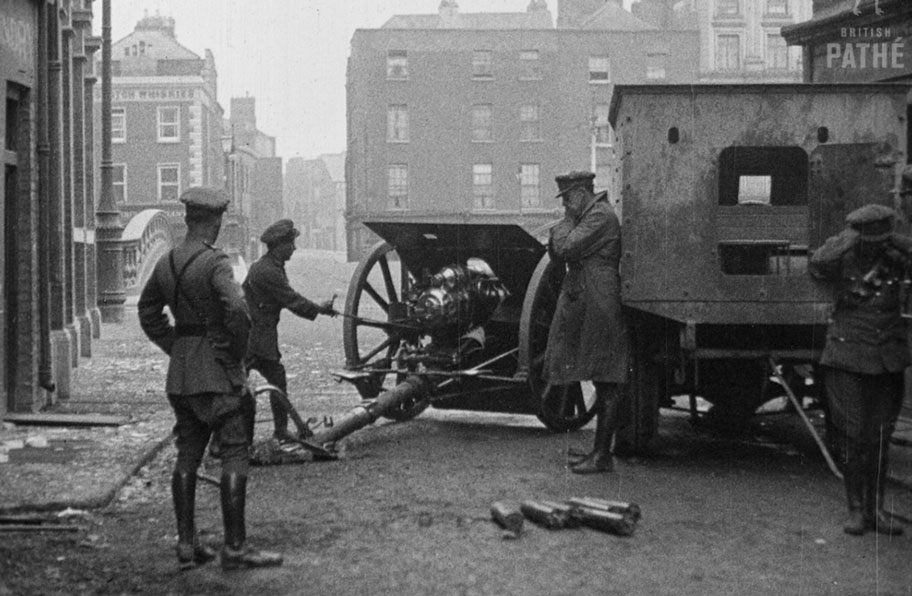 The Shelling of the Four Courts 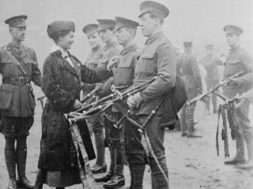