The story of young Vinny Byrne, a fourteen-year-old boy who found himself fighting for Ireland in the Easter Rising. An eighty-year-old Vinny reminisces on his time with the volunteers, which took him around the city during the fighting. With Vinny’s Dublin brought to life by handmade miniature sets and puppetry, the film offers a uniquely charming first-hand account of the 1916 Rising.

Funded by Fís Éireann/ Screen Ireland (formerly Bord Scannán na hÉireann/the Irish Film Board), After ’16 is a creative response by Irish filmmakers to the events of Easter 1916. This collection of nine short films is a mixture of live-action, animation and documentary, telling stories from the eve of the Rising all the way to the Troubles in 1970s Northern Ireland and beyond. To see more of the collection, click here. 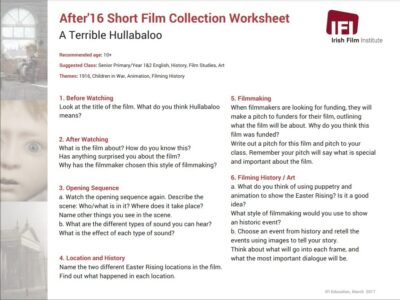 A Terrible Hullabaloo Classroom Worksheet
You may also like 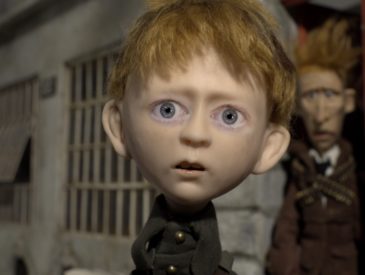 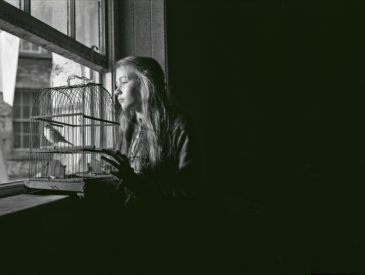