This short film follows a train journey from Roscommon to Dublin in 1947. When everyone is aboard the train leaves Castlerea Station and the camera captures the stunning landscape of the trip. Castlerea Train station opened on November 15th 1860 and continues to service the Roscommon area today.

Father Reid (later Monsignor Reid) acquired his first ‘movie’ camera in the mid-1930s. He continued to film a wide variety of subjects until the 1970s.  He filmed in the United States, where he lived for most of his life, and also religiously documented life in Ireland with family and friends during his regular trips home.  His films include holiday and family activities against the backdrop of beautiful Irish scenery.  He also captured holidays abroad in France, Spain, England and Italy. 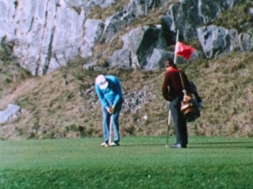 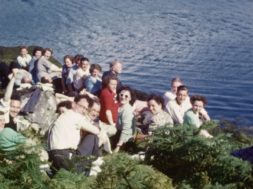